Paul Merrill was introduced to jazz by performing with upstate New York mentors Steve Brown, Joe Salzano, and Spiegle Wilcox. He performed at the Goombay Jazz Festival (Bahamas) and later won a DownBeat award under the tutelage of Rufus Reid in 1995. These early experiences helped shape his career as a trumpeter by instilling the importance of the jazz tradition and exploring the endless possibilities of improvised music. He toured with Hank Roberts, Half Pint, John Brown’s Body, and the Grammy-nominated Phil Woods Big Band and more recently performed with such notables as Freda Payne, Janis Siegel, Natalie Cole, Javon Jackson, Aretha Franklin, and Chris Vidala.

As a large ensemble director, Merrill has commissioned works from Jim McNeely, Paul Smoker, Steve Brown, and Rufus Reid and has hosted artists like Wynton Marsalis, Maria Schneider, Joshua Redman, Wallace Roney, and James Moody as collaborative performers with Cornell student ensembles. He has recorded and arranged for Shanachie and I-Town Records and can be heard on such films as Suckerfish (Jury Award Winner at the Santa Barbara Film Festival) and The Substitute II (HBO). He has been awarded multiple commissions and his arrangements continue to be performed by college and high school ensembles, most recently at the Crane School of Music.

Merrill remains active as a clinician, Area All-State director, freelance trumpeter, and members of the Central New York Jazz Orchestra, Salt City Jazz Collective, and Micro Big Band. He earned a B.M. in jazz performance from William Paterson University, M.M. in performance from Ithaca College, and studied at the Eastman School of Music as a graduate student from 2005-2016. Former faculty at the Ithaca College School of Music, Merrill is currently a Senior Lecturer and the Gussman Director of the Cornell University Jazz program, a post he has enjoyed for close to two decades. 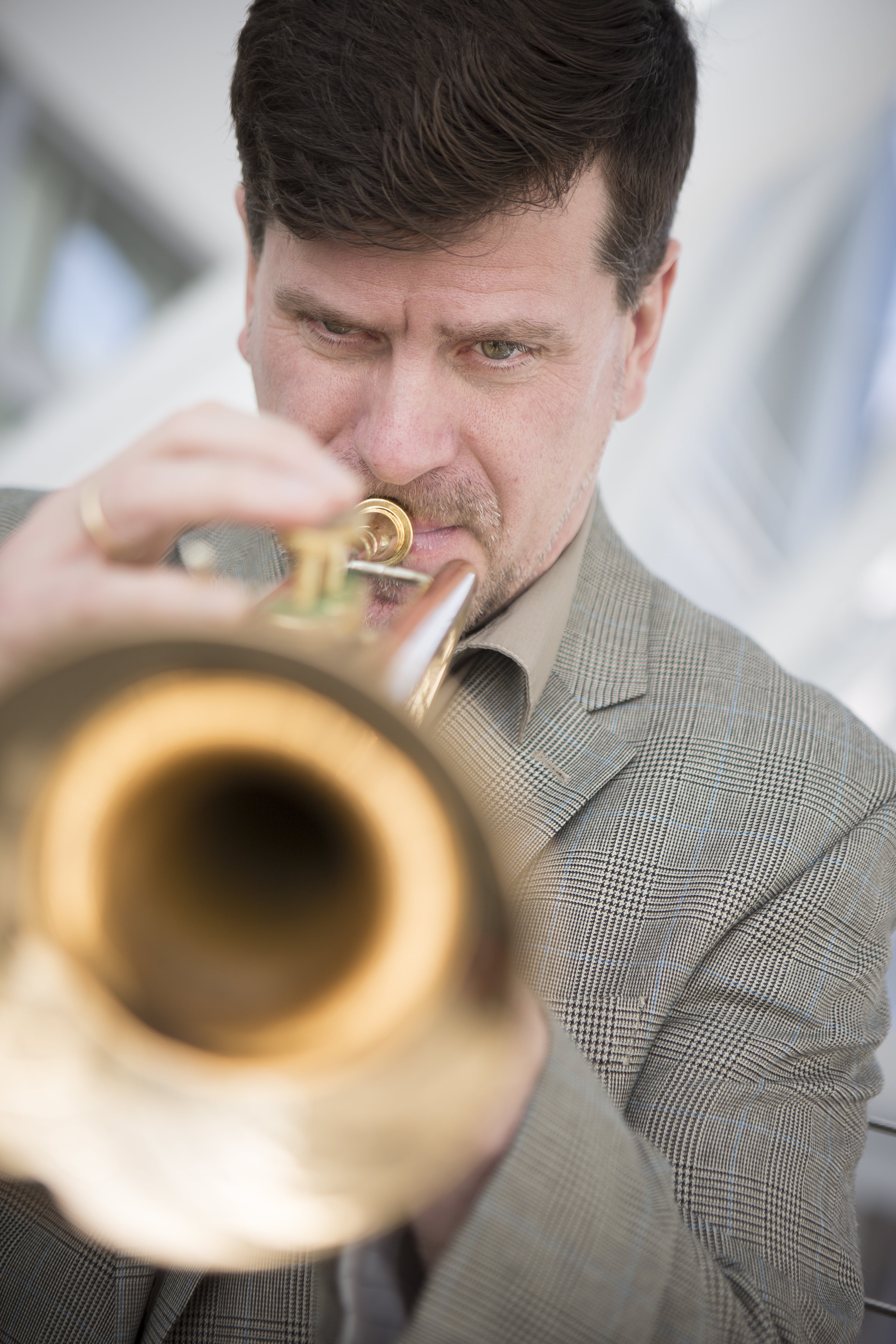